Everyone is talking about the Internet of Things. But what does it have to do with APIs?

The internet of things is made up of physical devices with an internet connection from somewhere like https://www.eatelbusiness.com/.
The devices are controlled by software via their actors or the devices can collect data via their sensors. So the device itself does not need to be “smart”, however, it can behave like a smart device. The device connects to smart functions, which are exposed on the internet via APIs. Examples of such API solutions include smart wearables, smart cars, smart homes (see these london based crestron installers for examples of smart properties) or smart cities.

In order to connect to the internet, smart technology devices are typically connected to an internet router. Thirsowcom/internet”>at&t internet or a different company. Whilst it can be convenient to control your home using smart devices, there are many documented cases of how smart devices can be hacked. Consequently, it is important to make sure that you take steps to enhance your router security. To learn how to change the security settings of your internet router, click here.

Several APIs may be involved in an internet of things solution. Some APIs are deployed in the cloud and receive the data, which was collected by the sensors of the physical device. Other APIs are realized on the device itself and expose the actors of the device. Software, which is not necessarily running on the device itself can deliver the smart functions and implement the “brain”. It analyzes the collected sensor data and sends appropriate commands to the actors on the device via API calls. APIs are the glue. They connect smart functions via the internet with the “things”. This is why having good internet is important, and why people look for hughesnet internet plans (or similar options) to try and ensure their connection is maintained.

In summary, APIs have two functions in the internet of things. APIs are the “call center”, which receives all the calls from the devices for leaving their sensor data. APIs are also the “remote control” for steering the devices from a distance.

Understanding the applications and use cases for APIs is crucial when setting up an API Architecture.

APIs and the Internet of Things

Why should APIs be RESTful? 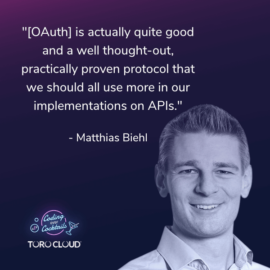