Jeff Bezos, Amazon founder, and CEO wrote the following memo to his employees around the year 2002. It got known as the “Bezos API Mandate” or “Amazon API Mandate”.

According to an Amazon employee at that time, the memo was sent as an email to all employees of the company. It went something along these lines:

1) All teams will henceforth expose their data and functionality through service interfaces.

2) Teams must communicate with each other through these interfaces.

5) All service interfaces, without exception, must be designed from the ground up to be externalizable. That is to say, the team must plan and design to be able to expose the interface to developers in the outside world. No exceptions.

6) Anyone who doesn’t do this will be fired.

This mandate resonates with many API professionals because it addresses the core challenge of many API initiatives: Everyone wants to use APIs to build innovative solutions, but no one wants to invest in building them. This is obviously a deadlock! Bezos discovered this deadlock situation within his organization and resolved it.

This API manifesto is often seen as the cornerstone of Amazon’s success. APIs were built as a consequence of the memo. And those APIs served as the foundation for Amazon Web Services (AWS), Fulfillment By Amazon (FBA), and Amazon Alexa. But there is more.

The Amazon API philosophy did not only allow for building innovative products within a short-term time-horizon. APIs enabled Amazon to shift to a scalable ecosystem and platform business model.

What does this mean for you?

Obviously, that worked for Amazon. If you are on a mission to introduce “API first”, “API culture” or “API thinking” in your company, the API mandate can be immensely helpful. But not word-by-word, rather as a lighthouse, to orient yourself on.

The API mandate of your company needs to be tailored to the environment and culture that is established — but it should stretch it a bit, so you get the necessary changes, with the dev team, the architecture team, and the strategists of ecosystems and platforms.

It is not an easy task, to define effective API rules. If you don’t know how to get started or you are stuck, then sign up below and get the free mini-eBook “The Thinking behind the Amazon API Mandate”.

Mini-eBook: The Thinking behind the Amazon API Mandate

This eBook is a detailed breakdown of the ideas and concepts that make the API mandate so effective and successful at Amazon. It can help you to transfer these ideas to your company.

To receive your ebook, sign up via LinkedIn or via email below.

OR
The API Mandate – Install API Thinking at your Company 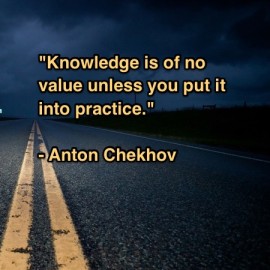 How to put API Architecture into Practice?